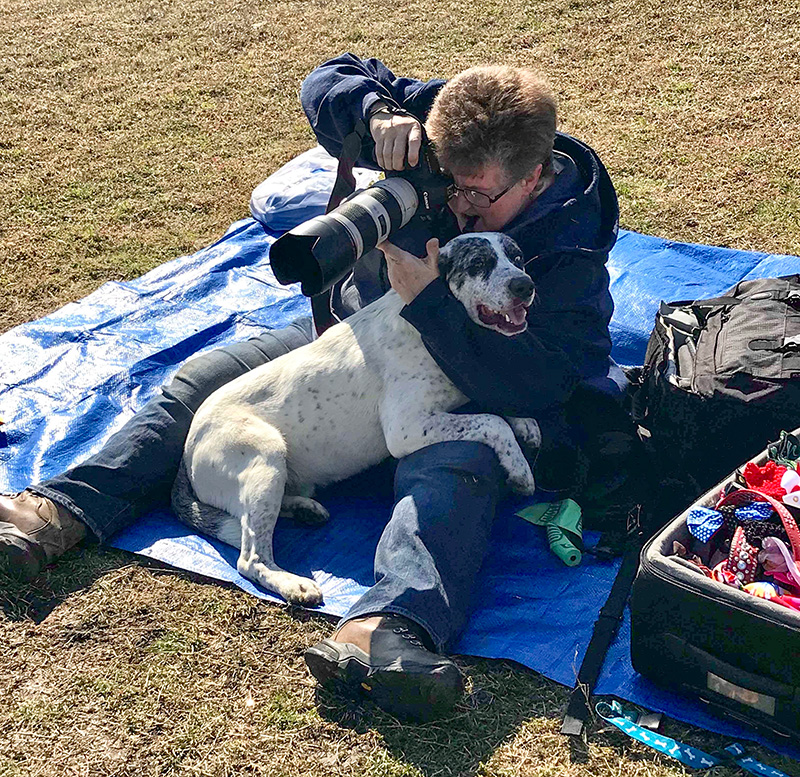 For the past decade, TylerDog Photography has taken over 30,000 photographs, helping more than 30 rescues and shelters across Oklahoma and surrounding states by providing free photo shoots at their request. These exquisite portraits highlight each animal’s personality and show them in a clean, uncluttered environment, increasing its chances for adoption. Several shelters have told us euthanasia rates dropped drastically once we started photographing their adoptable animals. If you would like to schedule a session with us, please call (918) 527-6779 or use the Contact form above and email us. Not only will we do the shoot, but we’ll be happy to help you get the images ready for distribution via various pet adoption portals and share insights into using social media to your advantage. We’ll travel to your location and can shoot indoors or outdoors, depending on your needs. To learn more about our charitable photo shoots, read the following article…

An odd thing to say, but when asked why she spends hours and hours taking free portraits of shelter dogs and cats, Sherry said, “Unfortunately, I’m needed. People have this misconception of shelter dogs and cats as dirty, stinky animals and sometimes find it hard to visualize that dog or cat cowering in the corner of a cage sitting on the couch next to them at home. Our portraits change that by allowing the animal’s personality to shine through. People see the real beauty in the animal. So, for me, I’ll know it’s been a job well done when my services are no longer needed because it means everyone has a home.”

Indeed, for the past several years, Sherry has been crawling around on the floor, making funny sounds, and comforting a shy pooch or two in her quest to help shelter animals get adopted. She has photographed thousands of dogs and cats for local and statewide animal rescues and shelters, all in the quest to increase adoptions. Beginning in 2009, Sherry teamed with the Washington County SPCA in Bartlesville, OK, and later, other rescues across Oklahoma to try and make a difference in the pet overpopulation issue. Each week, she loaded up cameras, equipment, and lights, then headed out to the WCSPCA where, for the next two hours or so, she and a crew of volunteers photographed anywhere from 20 to 40-plus puppies, kittens, cats and dogs, in hopes of capturing the perfect photo that says “adopt me!”

When asked why she would tackle such a huge undertaking, Sherry said, “Honestly, it’s about the animals, finding homes for these sweet creatures. Sure, it’s not the most ideal conditions. Many of these guys are terrified from being in an unknown place with tons of strange dogs and cats barking and meowing constantly, so posing for a picture probably isn’t high on their ‘to do’ list! Nonetheless, with a little coaxing, lots of love, and a few treats, we’ve managed to capture their sweet personalities.”

A few hours and a lot of dog and cat hair later, the crew manages to capture anywhere from 300-400 images, which are then processed and chosen for the various pet adoption portals used by the rescues. Tulsa’s Channel 6 KOTV was so intrigued upon hearing about this, reporter Chris Wright ventured to Bartlesville and filmed an actual photo shoot (see video below). During the shoot, Richard Parsons, former executive director with the WCSPCA, said, “We get people coming into the shelter now from Tulsa, Kansas, from surrounding states, and they’re asking for the animals by name. We attribute this increased exposure to the gorgeous portraits.”

The pet overpopulation issue is one every state is dealing with, and Oklahoma is no different. “Rescues and shelters are in trouble! There’s simply ‘no room at the inn’, so we feel this is a necessary thing we must do to help decrease shelter populations,” Sherry said. “For that reason alone, we’re definitely interested in helping as many rescues as possible so no animal is homeless. Social media is an invaluable tool we utilize to increase each animal’s visibility, taking the extra step of posting all these photos on Facebook, Flickr, and we tweet about them. It’s all in hopes of driving traffic to the respective rescue and finding these guys homes.”

“This summer, we’ve helped rescues in Oklahoma City, Prague, Broken Arrow, Sulphur, Madill, Tulsa, and Bartlesville,” Sherry added. “One day, we shot for five straight hours, outside, in 107 degree heat in Oklahoma City, but it was worth it. One rescue told us every single animal we photographed, save for two, was adopted within one month!”

Laughing, she said, “It’s definitely not glamorous. I reek to high heaven after handling that many animals, many of whom are a bit, um, shall we say messy? But it’s all worth it. The first day I did it, I cried, because I wanted to take them all home. Yet, the day my services are no longer needed is a day I will celebrate because it means every single animal has found a forever home.”

To Schedule a Charitable Shoot: If you would like to schedule a charity shoot with your rescue or shelter, please contact Sherry at (918) 527-6779 or fill out the Contact form above. TylerDog Photography will also help with fundraising activities for your shelter or rescue. Contact us today!

HeARTs Speak. Sherry is a founding and professional member of HeARTs Speak, an international organization dedicated to unite the individual efforts of animal artists and animal rescues into collective action for social change. Click this link to learn more about HeARTs Speak.