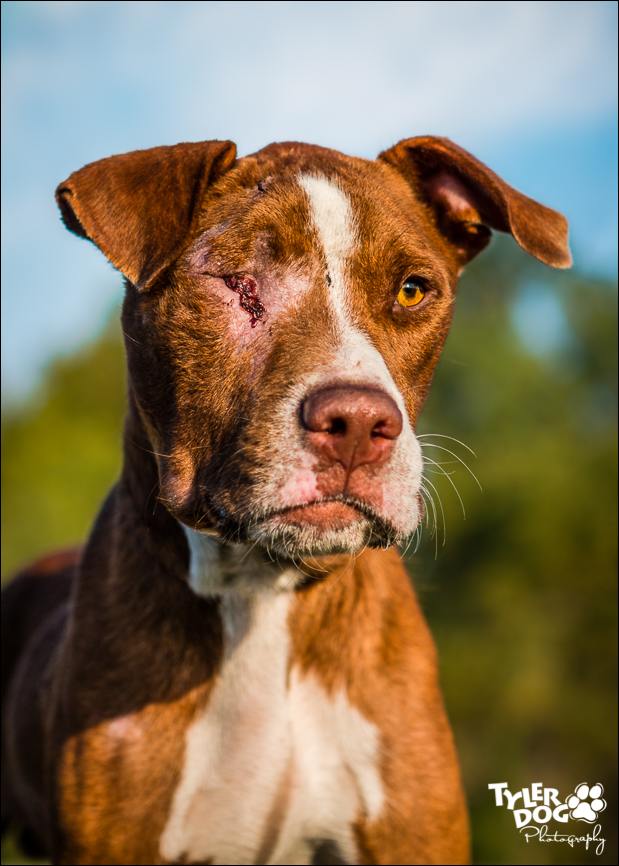 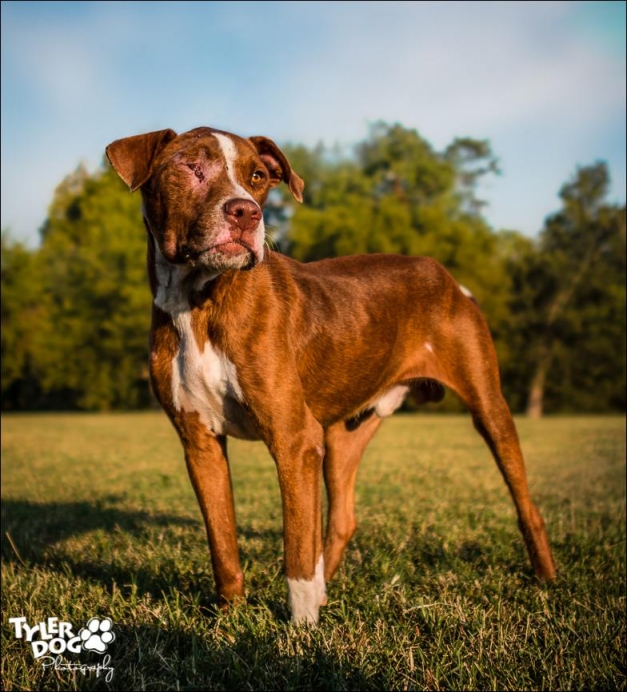 im crying reading, trying, too read this, poor ROMEO, what happened/went wrong that he died in that shelter? x

Where is Romeo now?

Has Romero fund a forever home please tell me he has…

May those who mistreat animals so be reborn as a yellow cur in India.

Please please save an please god save

Just saw the newest update. Has anyone stepped up toad opt him?

Do you work with people that help dogs travel to new homes ?

Inspires smiles and pets from people even those previously frightened of pits because of her calm gentle ways. Please adopt ! Please open your eyes heart and mind. Please give Romeo a chance for a happy home! Adopt or share!

My sweet baby Hope was either thrown from a car and dragged or dragged skinning her back paws to the bone. Starved and covered with ticks she made her way to a car dealership which turned her into the county animal control where I volunteer. As an injured teenage black “pit bull” her chances for a future were near nil. Well she came home with me as a medical foster who became a member of my family. She was welcomed by my other dogs and kitties and is sweet and loving with all. Hope is hale and healthy now and built like a tank but inspires only

If any dog is trained to fight they fight. You give them love you have a friend for life no matter what breed! My nephews pit bull is the biggest baby honestly thinks he is human but there is the love that all pets need, it’s all on how they have raised people just need to say something to those who miss treat them

Sharing to all my networks! Hope he gets saved! <3

He still needs a forever home! 🙂

Im hoping Romeo has been saved. He deserves a wonderful loving home. PRAYING

I just read this story! Thank you for your work that you do! I have a whole new outlook on the breed! Sharing your story! So glad rescued!

What a beautiful story!!

He’s SAFE but he still needs a home!!! Keep sharing.

So happy he is safe!

Was the woman who dumped him brought up on charges?? Please say yes!

Omg! He’s beautiful! Love my pit – she’s the sweetest dog I’ve ever owned and soooooo smart. I can’t imagine a day in this world without my beautiful Sera. So glad Romeo is on his way to a forever home! Peace and love!!!

Shared! Praying for Romeo to find his forever family!

I continue to be dumbfounded at the cruelty of humans. Romeo’s story breaks my heart. How could this beautiful, noble dog be treated like garbage? He looks so defeated and puzzled. If I wasn’t so far away, I would love to adopt this beautiful boy. I pray that some loving, compassionate person will give him the forever home and family he deserves.

Thank you for his story and for caring about him

Your writing is amazingly heart felt. It has moved me to tears. Someone will come for you Romeo. You will find your Juliet. No more pain only love. This guy is going to find a home, I just know it

Why… oh Why ! How can there be such horrible, soulless ppl ?

Beautifully written capturing the essence of a wary soul, vilified by most humans and understood by few. Let’s find Romeo a better end than his beginning.

Precious Romeo ❤
Peace and blessings to you, sweet Sherry ❤❤

Thank you so much for caring. I hope he finds the love he so much deserves before its to late.

I know God cares for these animals, Proverbs 12:10a. A righteous man cares for the needs of his animal. Animals were created for us to take care of not, abuse, torture and kill. 12:10b. but the kindest acts of the wicked are cruel.

Sherry, wow. This is Tiane, from the shelter. I’m writing this with tears in my eyes. What a wonderful way to feature Romeo and tell his sad story. I hope his forever family sees it and your wonderful pictures. Your pics generate more adoptions then almost anything else we do. I THANK YOU and the animals THANK YOU, too.

Sorry to say, but I wish the abuser would have to go thru what this poor baby did. God meant for us to be his, to be loved and cared for. There is just to much of this going on.